IN WHICH A HEIFER HAS AN UNHAPPY COUPLE OF MOMENTS... 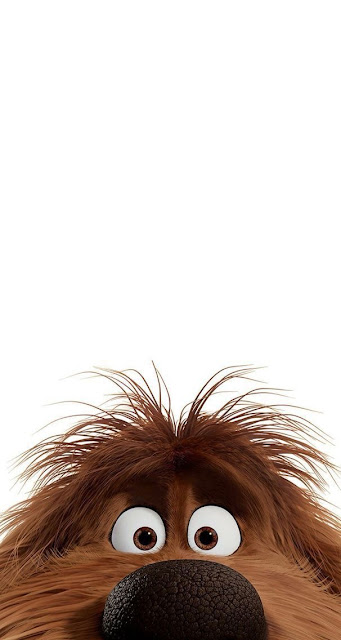 I am in perpetual awe of how my life can go from one extreme to another at Mach V speed, and how I somehow manage to survive the ride.
This morning in the d-chair I apparently decided that it would be a good day for a full-blown Tony Soprano right there in front of God and everybody, followed by a Lucy for what seemed like two and a half hours.
Translation: I had a huge panic attack followed by a long wet ugly cry all over the front of my old lady big top.
They could not get the needles into my arm no matter how hard they tried, and despite me doing the calm soothing breaths, singing the Sesame Street song, and clutching my BitzyBob, it was a hot mess. Three different techs tried, four different needles were used, and I'm pretty sure we pulled one of my lungs out of my armpit because the pain was...ungodly.  All three gave up and went in search of a fourth tech...the Access Whisperer...and I was left sitting there with needles hanging out of me, a debris field of bandages and gauze, and a small crime scene of blood and fluid all over the floor.
Why this upset me so, I have no idea.
(She says sarcastically.)
I don't know if it's a full moon, that time of the month, or just an overload of stuff happening to me all at once, but I went into one of the very worst panic attacks I've had in recent memory. This one harkened back to the Great Meltdown of 1999 in which I tried to crawl out of a moving car in the middle of a brushless car wash. If it wouldn't have been so scary, I probably would have clutched my chest a' la Fred Sanford and started hollering "I'm coming for you, Stewey! Hold on! Mommie's almost there!"
(If you don't get that reference, look up 1970's TeeVee sitcoms...specifically Sanford and Son.)
Soon enough, the Whisperer was there telling me to go to my happy place again, and she went to town. Two jabs later and I was hooked up, and she patted my hand, told me to put my big girl panties back on, and she moved on to her next patient/victim.
That in itself would have been enough for the day, but something about it caused the waterworks to start, and then the hiccup/cries, and then a good old fashioned bawl session that had an entire life of its own. I desperately tried to hide my face a bit and pretend like I was meditating, but the copius tears, red blotchy face, and heaving bosom gave me away.
So did the river of snot that I kept trying to quell with the back of my hand.
(Note to self: Learn to carry a gd handkerchief or box of tissues.)
In the midst of all of this, the lady-part doctor called to report bad biopsy results, the nurse practitioner tried to discuss labwork from Monday, and the techs had a shift change.
By the time Lorie came on board, the entire team was ready to unplug me and call it a day, but she took one look at me and told them to "Just give a heifer a minute" and I got over it.
I made it all the way through treatment and somehow managed to get home and into my sweats, and then it was time to open the mail. 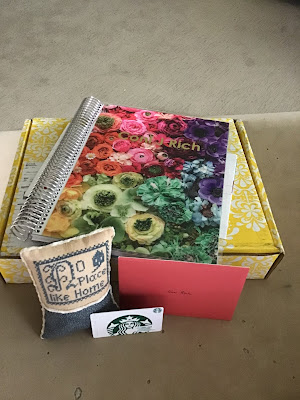 Inside was the very most perfect gift from a very most perfect stitchy friend...a gorgeous little pin pillow that says "No place like home" and a Starbucks gift card. As I told the sender in my note to her...home really is the perfect place, and the only good reason to leave it is Starbucks!

(Does she understand me, or what?)

So what was a horrible no good lousy terrible drastically bad day turned itself right around in a split second because somebody out there was kind enough and generous enough to think of me and remind me that I am the very most blessed spinster on the planet.

I'm going to go have a good long sleep now and then a nice piece of pizza and then enjoy some stitchy time in the Happy Chair. Thank you for indulging me, Dearies. I hope you know that your presence in the world makes mine all better! Happy Weekend to you and yours! Time to do something fun and come tell me all about it!