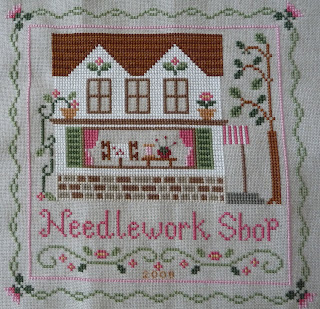 "The Needlework Shop"
Country Cottage Needleworks
28ct. Natural Pearl
DMC floss
I seem to be in a LHN/CCN state of mind. After I put the last stitch into "Needlework Shop", I pulled out "Traveling Stitcher" and re-started it on 32ct. Platinum Cashel. Yup. I know. But I figure that the third time's a charm, right?
EDITED TO ADD: I started this once, but mis-read the chart and had to abandon ship. Then I started it a second time on a different linen because I was mad at the first linen. This makes the third start of this project on a linen that I think I can live with for at least the next eight minutes. 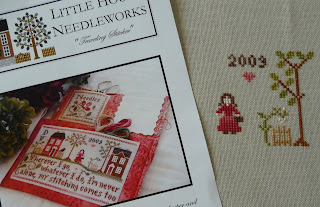