I've been so out of sorts with my stitching lately that I decided to fix it once and for all.  I had originally intended to hit the studio yesterday, but considering the fact that it was 118 degrees here in Hoosierville (*), I thought better of it and decided to wait until today.  It was still hot enough to bake a bundt cake up there, but I lived to tell the tale, and thanks to a gallon or two of iced tea, all is back to normal.

(Well.  Whatever constitutes normal in these here parts.)

So without further ado....here's what I've decided to play with for the next few months.  Some things are started, some are for the Olympics, some are just wishful thinking.  But if this array of projects doesn't smack me right out of the stitching blah dee dahs, I don't know WHAT will. 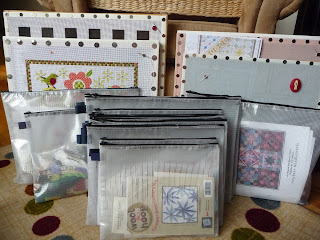 I've got a really great Zecca canvas that I'm just itching to start, but I've promised myself that I'll finish these two painted canvases first and then use the Zecca as a "reward".  First is the Melissa Shirley: 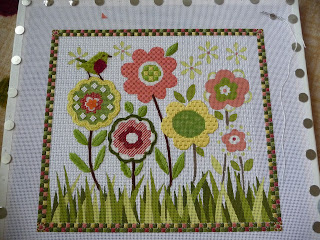 And second is the big red sunflower: 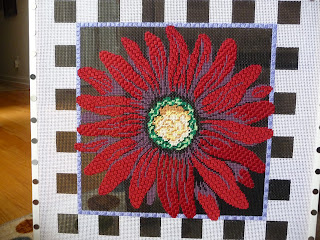 For counted canvas work, I know that I want to start the red, white, and blue piece during the Olympics, so I figured a way to reward myself in this category would be to finish LJP's Stained Glass Windows: 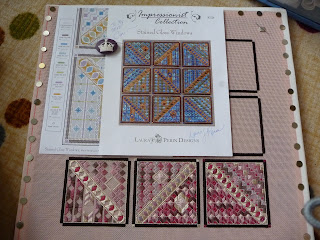 This is the red, white, and blue piece: 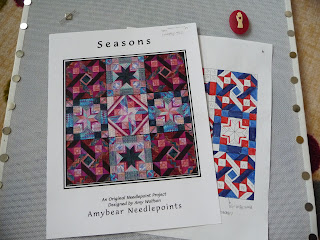 I had been working on Alphabets, but got frustrated that the tone on tone was so subtle: 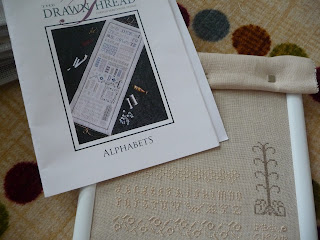 This project is going to be an experiment.  The colors on the chart are very autumnal, but I want something a little more summer-y.  I tried and tried and tried to re-colorize it, but I got so frustrated I almost threw it out the window.  Then I got the bright idea to just think of the threads as a box of Crayons.  So when I sit down to stitch, I'll just look at whatever part I'm going to work on and pull a color.  Wish me luck with this -- color selection is definitely not my forte'. 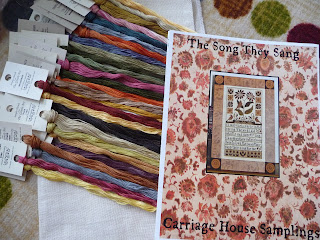 I enjoyed stitching the Winter Alphabet so much, I wonder why I haven't jumped on this one already? 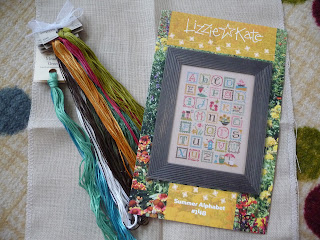 A little something else in the whole "I'm going to stitch this one during the Olympics" category: 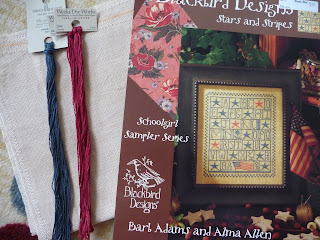 I thought this would be nice to add because it's not the size of a bedspread: 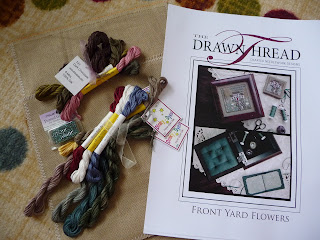 And how can I have a stitchy basket o' fun without some Shepherd's Bush? 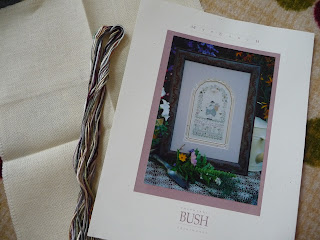 I'm thinking that this one will be for much later -- maybe toward September-ish? 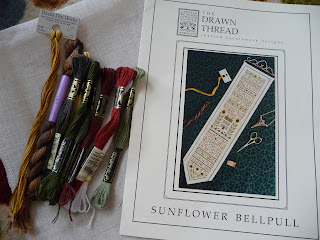 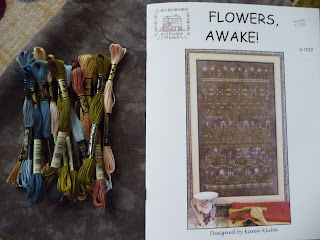 Ahhh, the big a$$ Olympic project.  I can only imagine how stunning this thing will be once completed: 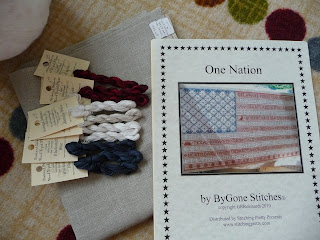 Again....think small, Spinster!  What do you want to bet that this one comes out of the basket first? 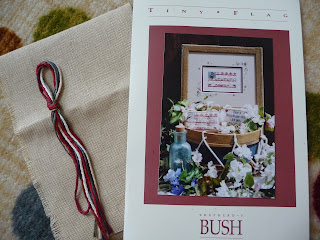 Another bright idea....I think I might change the centers of the daisies to red so that this will look a little like fireworks.  What can I say?  I've been jonesing for a little crewel lately. 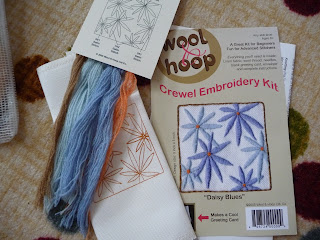 That's it for today, kids.  Thanks for bearing with me and my craptastic photographic skills.  I hope that your basket is packed and ready for your own summer o' fun!

Have a fabulous weekend!

(*) Yes, I exaggerate for effect, but it was indeed very very hot here.  Rumor has it that the actual heat index reached 112.  So I guess that 118 really isn't that far off, wouldn't you say?
Posted by Coni